Elite Podiatry was founded by principal podiatrist and pharmacist Marie Ishak-Lewis, in December 2004. Established over 17 years ago, Marie has personally nurtured Elite Podiatry to be Perth’s premier Sport and Family podiatry practice despite her co-founding and co-inventing the global orthotic Synxsole where she appeared on Channel 10’s hit TV show Shark Tank and struck a deal with Shark, Andrew Banks.

Our vision is to remain amongst the leaders in our field of sports and family podiatry, catering for sporting athletes, paediatric (children) patients as well as the average patient.

Our passion for podiatry has allowed us to naturally develop further in the sporting and paediatric arenas where we have refined our techniques and increased our knowledge base, giving us the all important and crucial edge.

Our interests lies in all aspects of podiatry including sports, paediatrics, diabetes and general podiatry. However in the last 17 years, we have become more involved in Perths Elite Sports community. We treat, support and sponsor a variety of professional athletes including;

We believe in only providing the best service and care for our patients. We are committed to ongoing professional development and are always looking for the “next and newest” available treatments for our patients.

Marie Ishak-Lewis, principal podiatrist and pharmacist, is the founder of Elite Podiatry and co-founder and co-inventor of Synxsole, a patented orthotic (shoe insert or insole) that was featured on Channel 10’s hit TV show Shark Tank where she and co-inventor Rachael Ferguson, landed a deal with Shark, Andrew Banks.

Marie is actively involved in the community, presenting and public speaking at conferences, seminars and universities as well as appearing on Curtin FM with Jenny Seaton and the ABC Radio, talking about common podiatry related complaints.

Whilst working in the field of community podiatry, Marie became interested in the field of community pharmacy and promptly applied and completed a Grad.Dip.(Pharmaceutical Science) and Master of Pharmacy at the University of Western Australia (UWA), graduating as a qualified pharmacist in July 2007. With both professions under her belt, she has been actively involved in lecturing in both the Pharmacy and Podiatry Departments in the prestigious University of Western Australia as well as being a regular examiner in their School of Medicine and Dentistry.

Marie currently works actively in both professions and finds they compliment each other well. However Podiatry is certainly her passion. She has invested a lot in building up her practice over the past 17 years to make it a successful and advanced podiatry clinic. Marie is passionate in the field of sports podiatry and has years of experience in the advanced biomechanics of the lower limb, treating all sport-related conditions and injuries including heel pain, arch pain, ball-of-the-foot pain, achilles pain, ankle pain, shin pain, knee pain and hip and lower back pain. 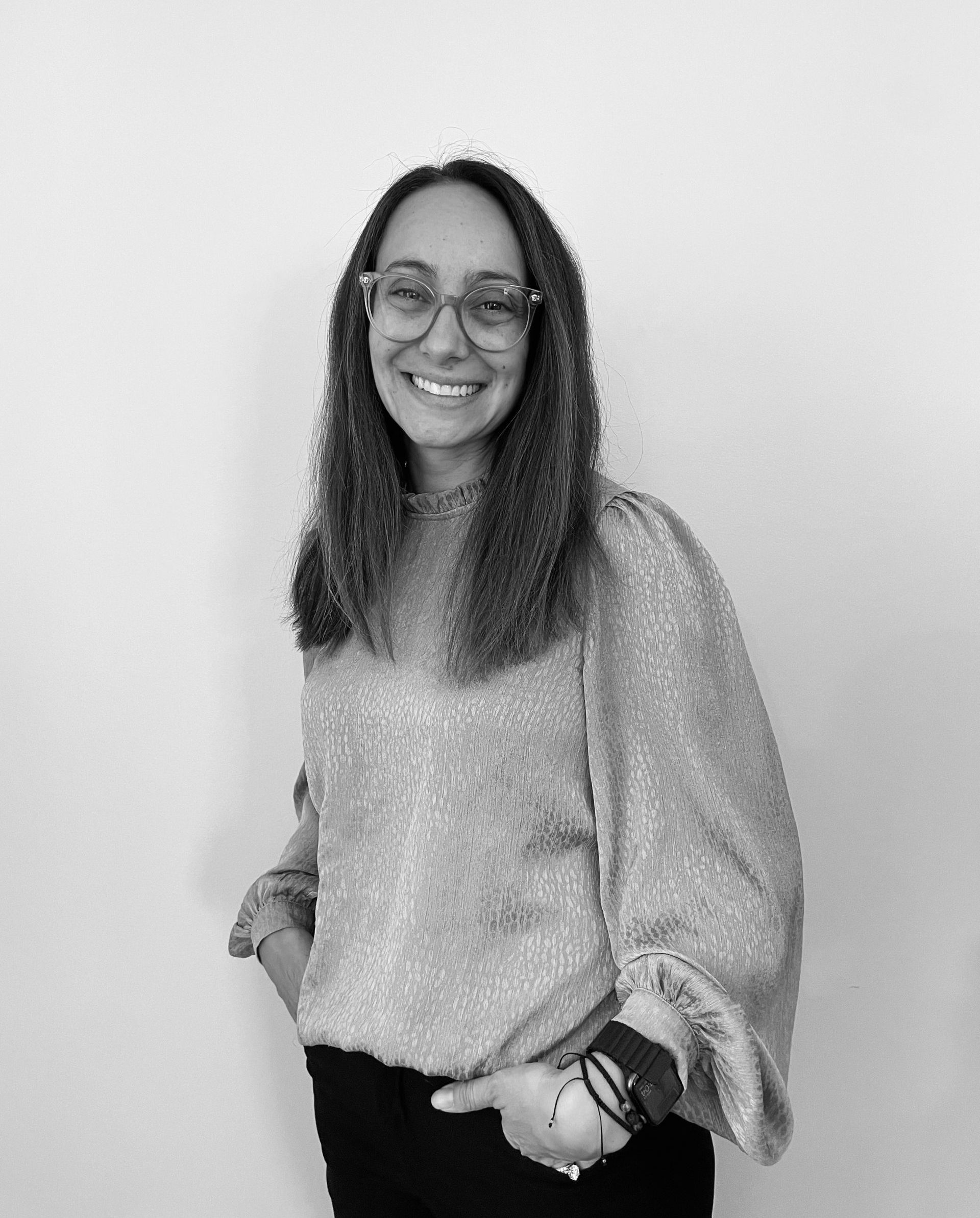 In the past few years, Marie has travelled extensively attending various conferences and workshops in an effort to further her skills in advanced orthotic therapies and learn further treatment techniques including dry needling, myofascial release techniques, modern Chinese silicone cupping, muscle energy techniques, joint mobilisations and joint manipulations. These extra and advanced treatment modalities have been vital to the successful treatment of professional athletes as well as complex and long-term patients. Marie also has become one of Perth’s well known and regular Keryflex cosmetic nail restoration practitioner, allowing her to transform abnormal and deformed nails into temporary cosmetically appealing nails.

Marie, as both a practitioner and lecturer, strongly believes in participating in the continued education of both Podiatry and Pharmacy professions. She strives to keep up with the latest literature and is dedicated to keeping up with the latest advancements to ensure that the patient is provided with the best possible treatment plan to achieve success.

Latifa completed her post graduate degree in Doctor of Podiatric Medicine at UWA. She enjoys treating calluses, ingrown toenails and musculoskeletal conditions with an interest in paediatrics. Latifa is very keen to share her knowledge with her patients to improve their quality of life.

Outside work, Latifa loves to spend time with family and friends, go on long walks and explore mother nature. 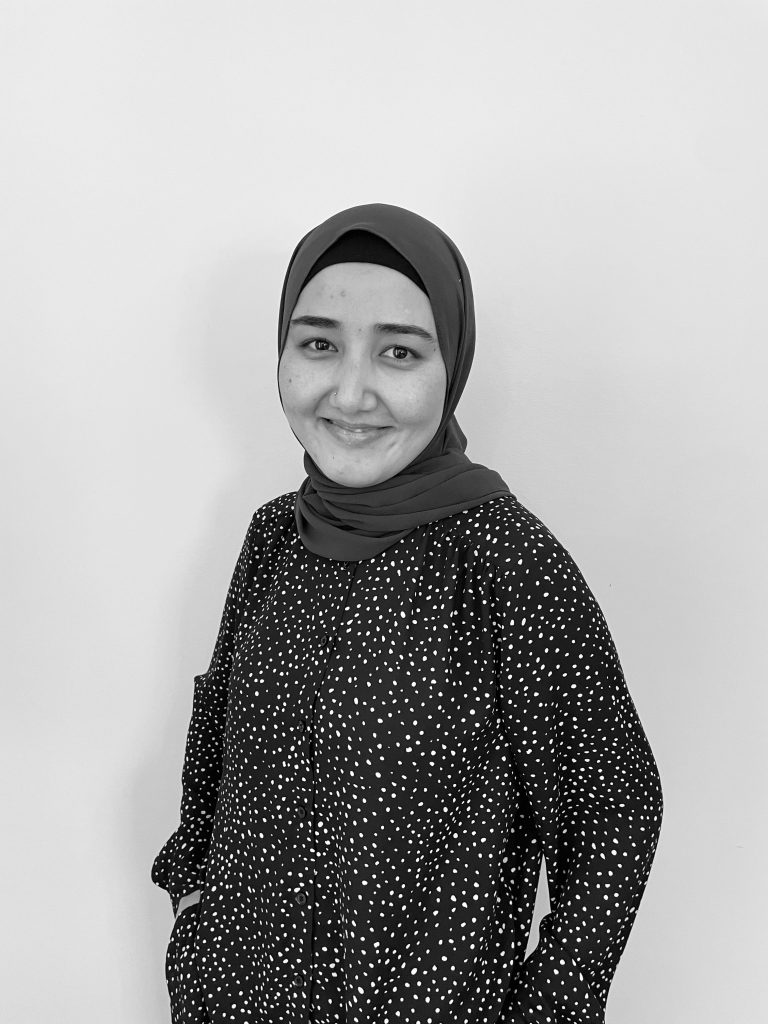 Jonathon is another one of our amazing podiatrists who completed his Doctor of Podiatric Medicine post-graduate degree at the University of Western Australia. He joined the Elite Podiatry team in 2021 and is now currently working as part of our incredible team. In his spare time, Jonathon enjoys catching up with friends, playing basketball and talking all things footwear, from running shoes to limited edition sneakers. 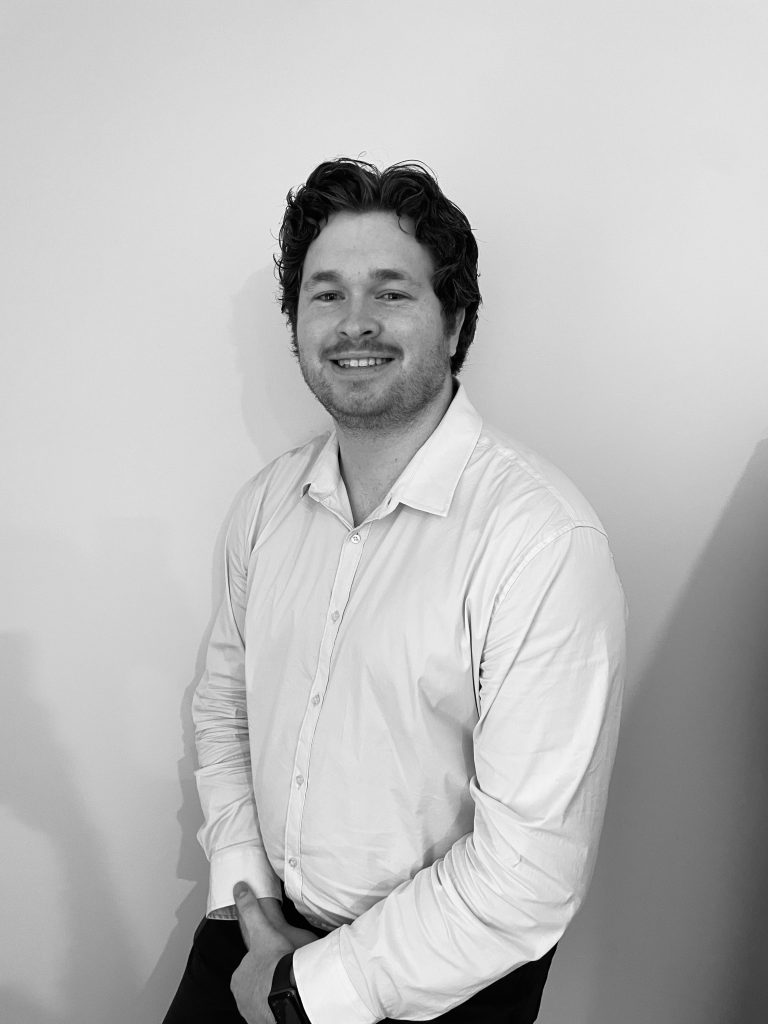 Yvonne is our Practice Manager. She has 4 sons who make her laugh and challenge her. She lives locally and loves supporting local small business. She tries to keep healthy while still enjoying life and as a former professional dancer and choreographer she moves whenever she can! So, watch out when you come into the practice, there might be a little shimmy or two coming your way! 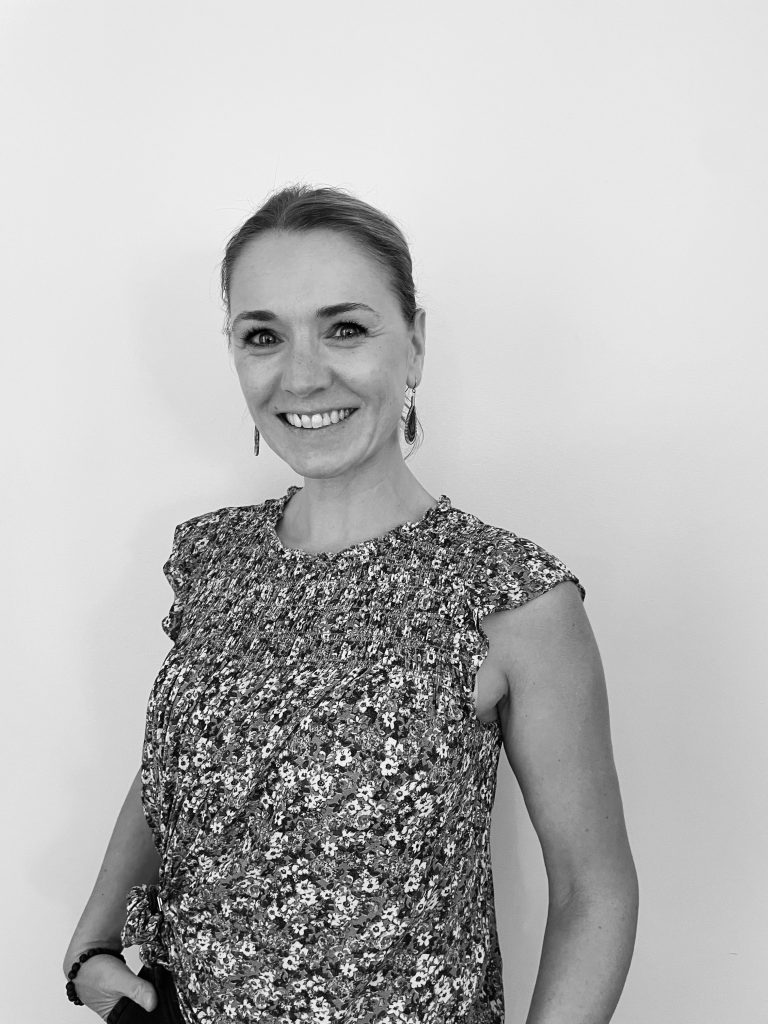 Tara is our practice manager and has extensive experience in running office & retail environments. She is positive, communicative and loves interacting with our patients to provide excellent service and ensures our clinic runs efficiently.

As a qualified bookkeeper, she looks after all the admin of the practice and supports reception.

In her downtime, she loves beach activities, long walks and sharing wine with friends! 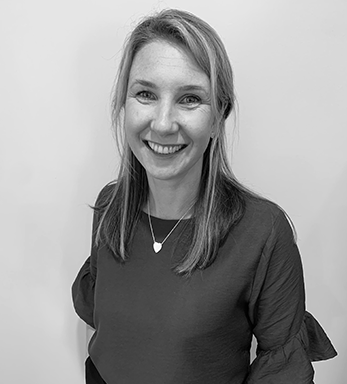 Ella is one of our wonderful receptionists and loves working in our family orientated environment. She is currently studying nursing and her favourite past time is walking her dog on the beach and being with her family and friends. 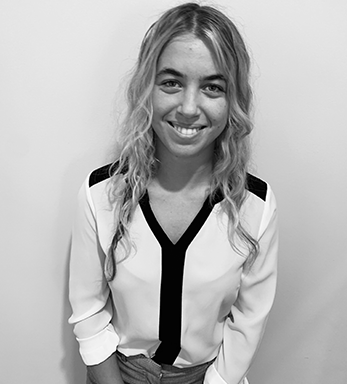 Adisha is another one of our friendly receptionists part of the Elite Podiatry team. She is studying biomedical science at university and also works part time at a pharmacy. In her spare time she loves beach days, travelling and spending time with friends and family.

Caitlin is part of our amazing team and is a receptionist. She enjoys dancing and spending time with her family.

Greg is part of our incredible team and is a qualified nurse. He enjoys spending time with his family, running, camping and water-sport activities. 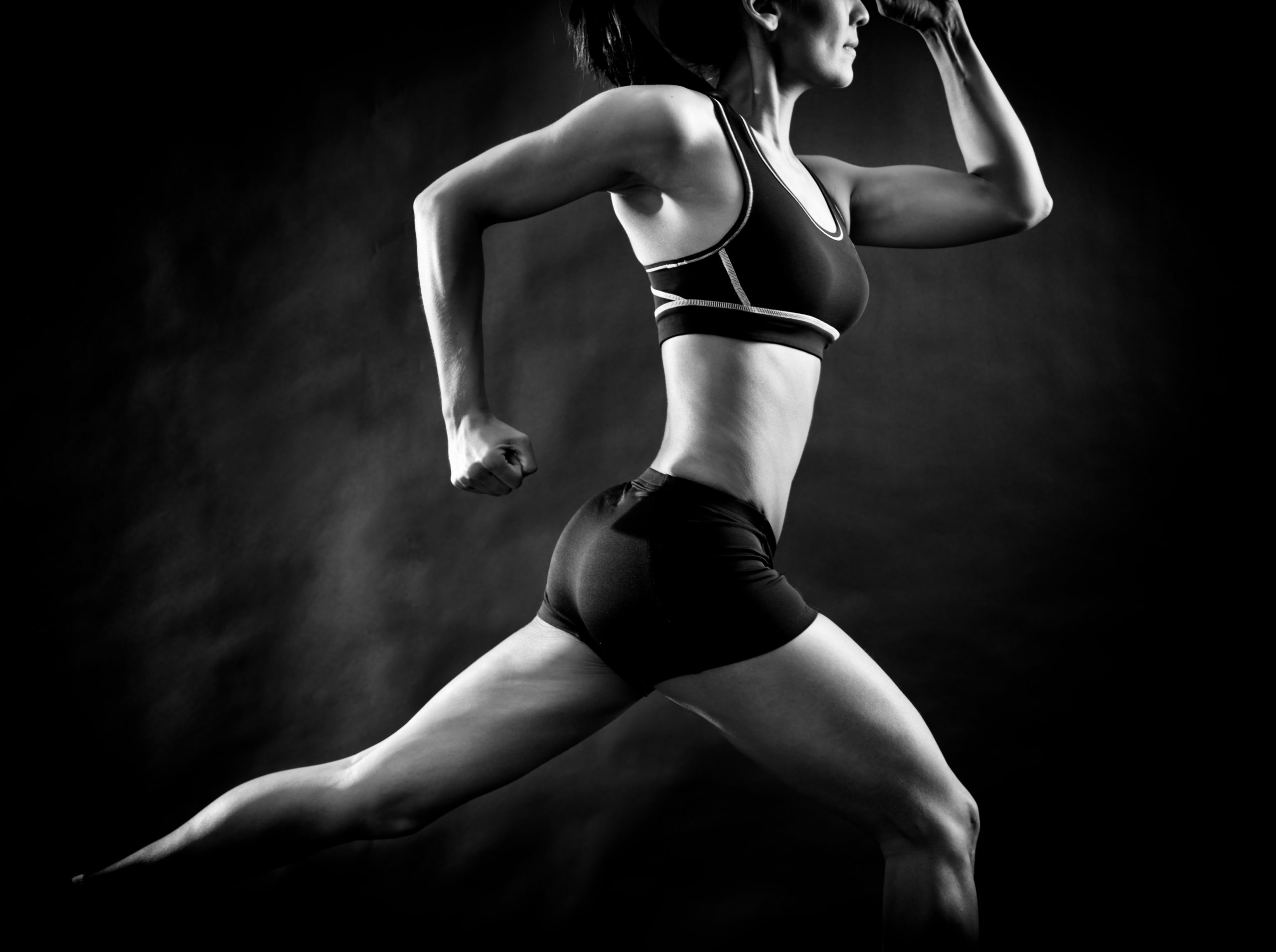